Bolly Cric-Hit is a fun filled session developed by BhangraBlaze, the largest Bhangra based fitness organisation in the UK

Bhangra Blaze is an incredible Bhangra fitness workout based on a powerful dance routine originating from the Punjab region of India. It is not a dance class but an amazing energising fitness routine, which has seen the most fantastic results and response. Fitness workouts are based round incredible Bolly and Garba music.

A discussion with one of the BhangraBlaze instructors, Amna Rafiq, about a goal to get more women involved in cricket led to the birth of Bolly Cric-Hit. The problem was that not that many females were attending the cricket only sessions as they were probably uncertain about it. They do though, on the other hand, have a passion for Asian dance like Bhangra and Bolly. BhangraBlaze already has many women attending their sessions. The solution is Bolly Cric-Hit

The sessions are split in to two halves consisting of the famous Bhangra Blaze Bolly fitness workout followed by softball cricket which involves introducing women to the game in a quick, fun manner.

During the cricket session the focus remains on fitness to ensure the women are having a great workout by finishing off with a very competitive game, hitting near enough every ball for six or four!

For many years BhangraBlaze has increased the confidence of women all over the world. In fact, some who were going through anxiety, depression etc, found a release by getting involved in the comfort of their own homes with our on line workouts. Slowly the courage developed to attend a class, getting them out of their normal environment. True success stories are that some have gone on to became a BhangraBlaze instructor and are now helping many women in the same situation overcome their fears. 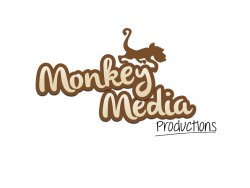